Please select your language of preference. 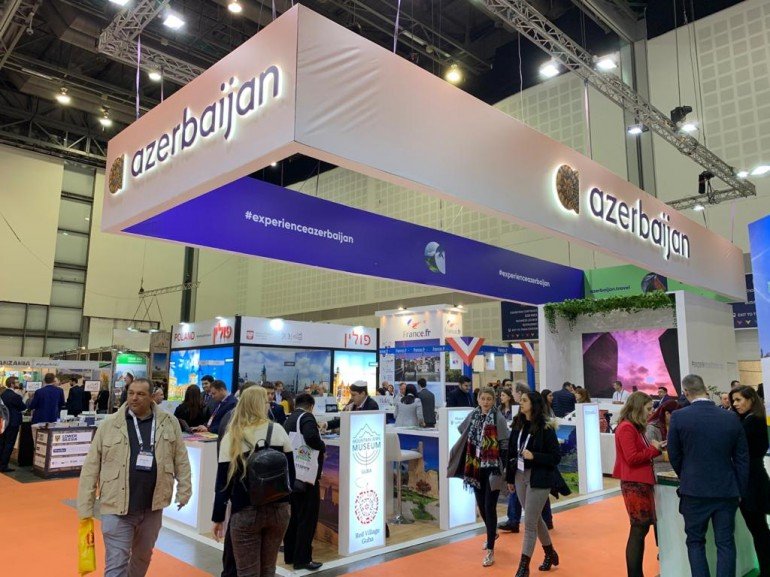 This is in part due to the continued success of Azerbaijan Tourism Board’s (ATB) 'Take Another Look' campaign, calling Israelis to come visit.

Bahruz Asgarov, ATB’s Deputy CEO, who attended the IMTM fair in Tel Aviv explains: "Israel remains an important country for us tourism wise. Those who have visited Azerbaijan will have already fallen in love with it for its contrasts, cultural and architectural treasures, authentic cuisine, and its modern capital city. But for those who have not yet visited us, there is much to be discovered".

"Our efforts to raise awareness among Israelis that Azerbaijan is an awe-inspiring tourist destination is definitely paying off up to now and we are excited for the future. Through a relatively short 3-hour direct flight from Tel Aviv to Baku, Israelis gain a unique cultural experience at very affordable prices, which I am certain will appeal to many travellers considering a quick break or a longer get away", said Asgarov.

Azerbaijan is an exceptional combination of an Eastern country with a Western outlook. From Baku’s modern Flame Towers to medieval UNESCO World Heritage sites, traditional bazaars, shopping malls, jazz clubs and lively bars and nightlife, there’s something for everyone. Visitors can walk along the magical seaside promenade or engage in some adventurous hiking or skiing in the mountains – Azerbaijan is the ideal destination for a full-filled holiday.

Jewish heritage is also represented by several monuments in Baku, Quba, Oghuz, Ismayilli and other parts of Azerbaijan. There are seven functioning synagogues in Azerbaijan including one of the biggest in Europe which opened in Baku in 2003. Visitors can partake in Jewish Heritage Tours which will showcase religious sites along with Ateshgah, Yanardagh, Gobustan, mud volcanoes, Old City and more.

Visa for Israeli citizens costs $24 via Evisa at evisa.gov.az (Asan Visa) or upon arrival in Baku airport for $26. Any tourist staying in the country for more than 15 days must register with the immigration authorities through their accommodation or online.